Today, the paper «Measuring and Comparing Internet Path Stability in IPv4 and IPv6´´ on IPv4/IPv6 path stability analysis in the Internet has been awarded with the Best Paper Award of the IEEE International Conference on Network of the Future (NoF 2014) in Paris! The paper is based on the results of Forough Golkar‘s Master thesis, with long-term topology measurements in the NorNet Core testbed. It was part of the joint Master programme between Høgskolen i Oslo og Akershus (HiOA), Universitetet i Oslo (UiO) and the Simula Research Laboratory. The award is therefore not only a success for the NorNet Core testbed, but also a proof of success for the new Master programme cooperation as well!

The awarded paper can be found here: 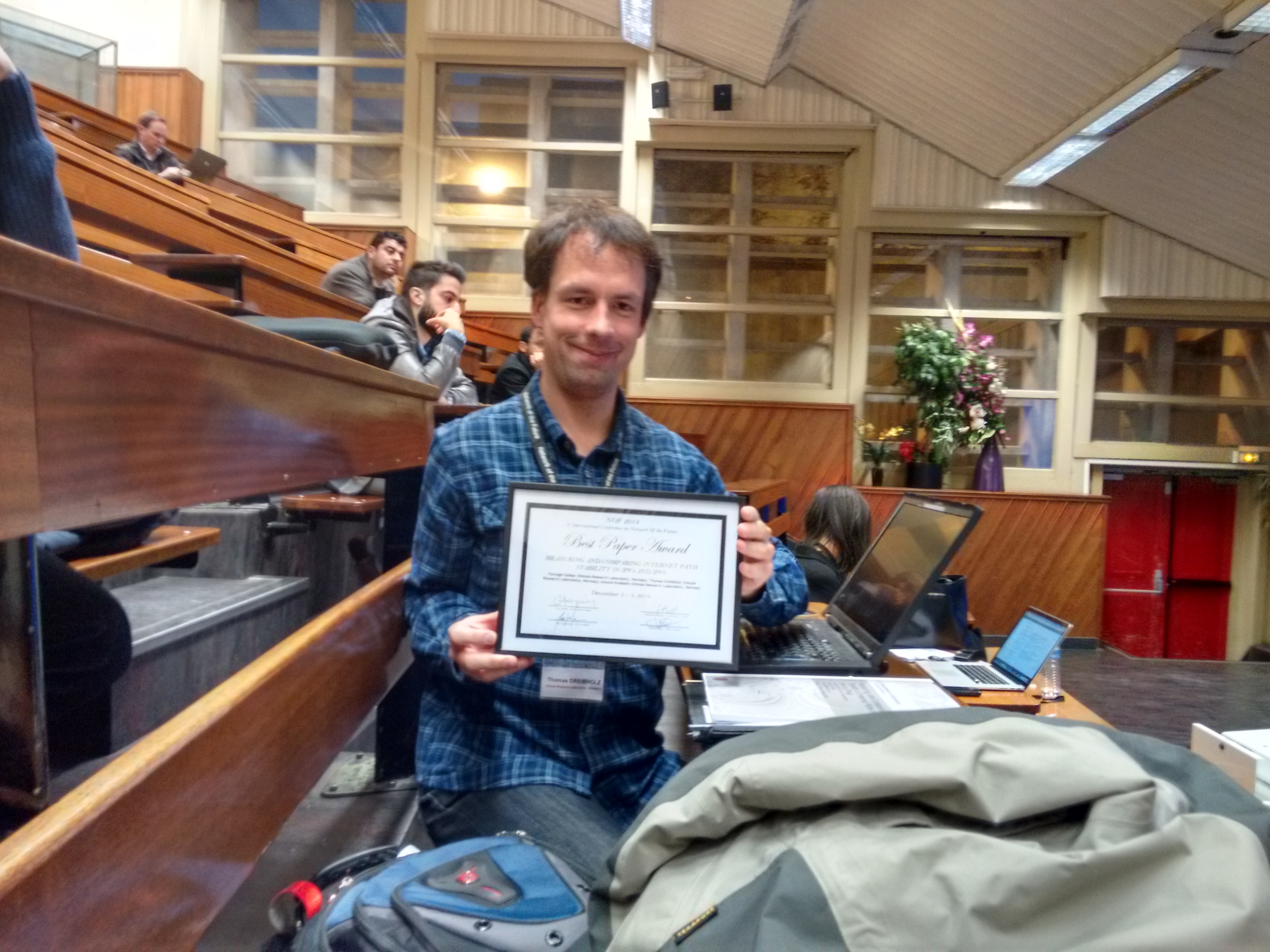